THE ADVENTURES OF
XAVIER & VIC
BOOK 1 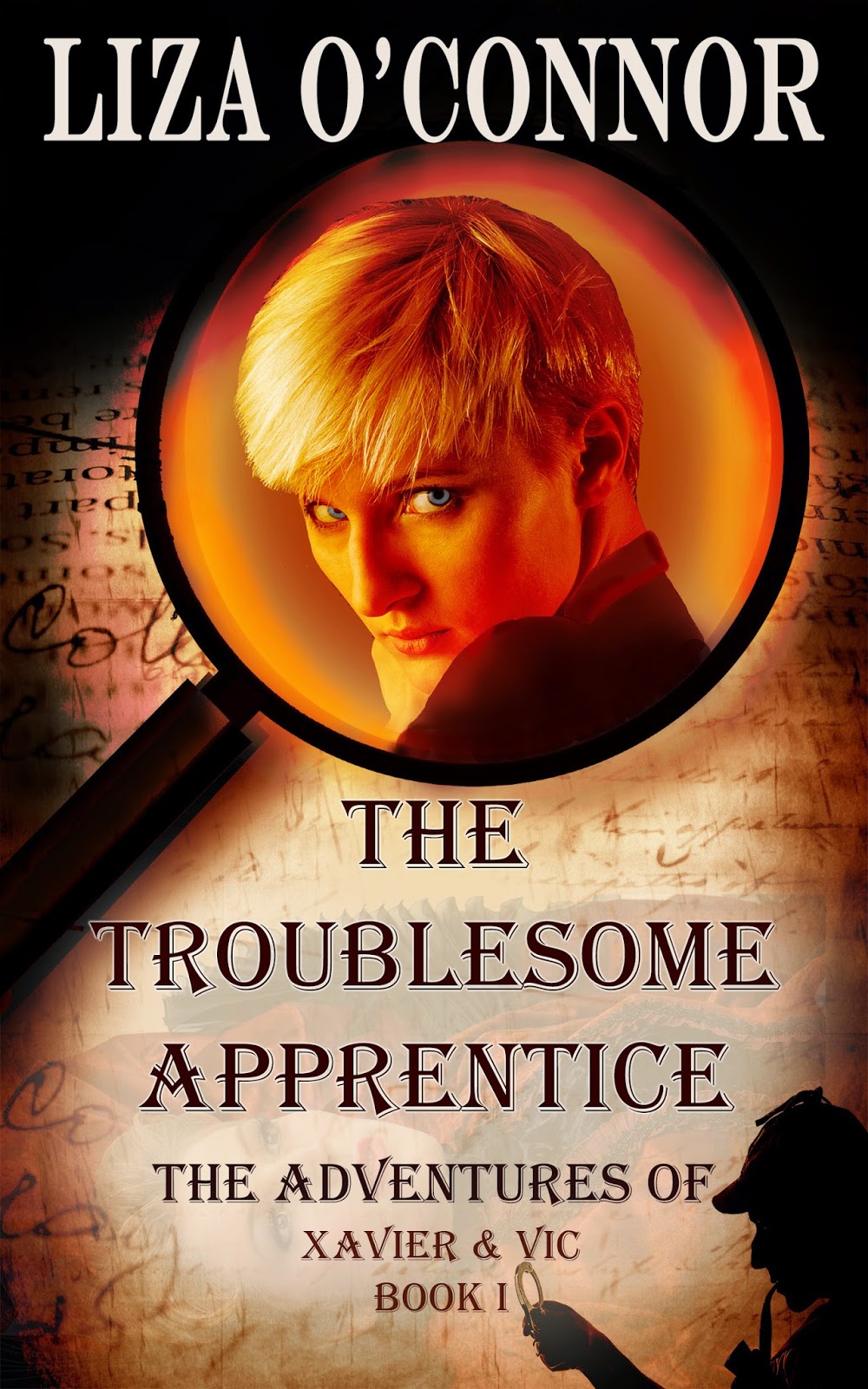 The Key to Aunt Maddy’s Death
The Missing Husband of Mrs. Wimple
The Disappearing Scarlet Nun
The Clever Butcher’s Wife
The Rescue of Lady Anne

While investigating the death of a friend and client, Maddy Hamilton, Xavier Thorn (reputed to be the greatest sleuth in England) is greatly impressed with Maddy’s nephew, Victor, and offers him a job as his secretary. Aware of Xavier’s history of firing secretaries, Victor garners a promise that for three months he cannot be fired. Vic then proceeds, in Xavier’s view, to be cheeky and impertinent at every turn.
Xavier endures the impudent pup because Victor is most skilled in extracting the truth from clients and intuiting facts with little evidence to assist.
As they solve a string of cases, Xavier discovers a few more important details about his troublesome apprentice, such as her true gender, and the realization that she has awakened his long dormant heart.

Fully dressed, Vic laid down on her bed. She closed her eyes and tried to relax, but her sister’s parting words haunted her. What if Xavier Thorn did uncover her secret?

Aunt Maddy had allowed her to ‘become a boy’ when she and Claire arrived in England, orphans in need of a home. Victor’s initial reason to change her gender had been because she never wished to wear a dress after seeing her mother drowned at sea, pulled to the bottom of the ocean by her heavy skirts. However, her new life soon became the only one she could imagine.

As a male, she could travel about town on her own, attend lectures closed to Maddy and Claire, and ride astride spirited stallions. As a young man, she could do anything, learn anything, and be anything. As a gentleman, she had endless opportunities. How could she ever go back to being a girl? The idea was unthinkable.

When Victor first attended Oxford, she had been terrified someone would notice differences and guess her secret, but a great many studious young men at the college had no interest in young ladies and drink. She fit in perfectly with them.

She no longer worried about people seeing through her disguise. For all practical purposes, she was a young man of twenty-two. She had no ‘tells’ to give her away. Her small breasts were crushed flat by the muslin undergarment that also thickened her waist, giving her a straighter masculine line. A modestly stuffed muslin roll attached to the bottom of the garment filled in the crotch of her pants.

No, after ten years of being a male, she was confident her secret would remain secure, even under the scrutiny of the renowned Xavier Thorn.

In case you want to check it out.


AND THUS CONCLUDES MY BLOG TOUR
Hope you had fun!